Honor Yourself Sale. Choose any ring get a 2nd for 50% off.

Your ring should remind you of your favorite version of yourself. 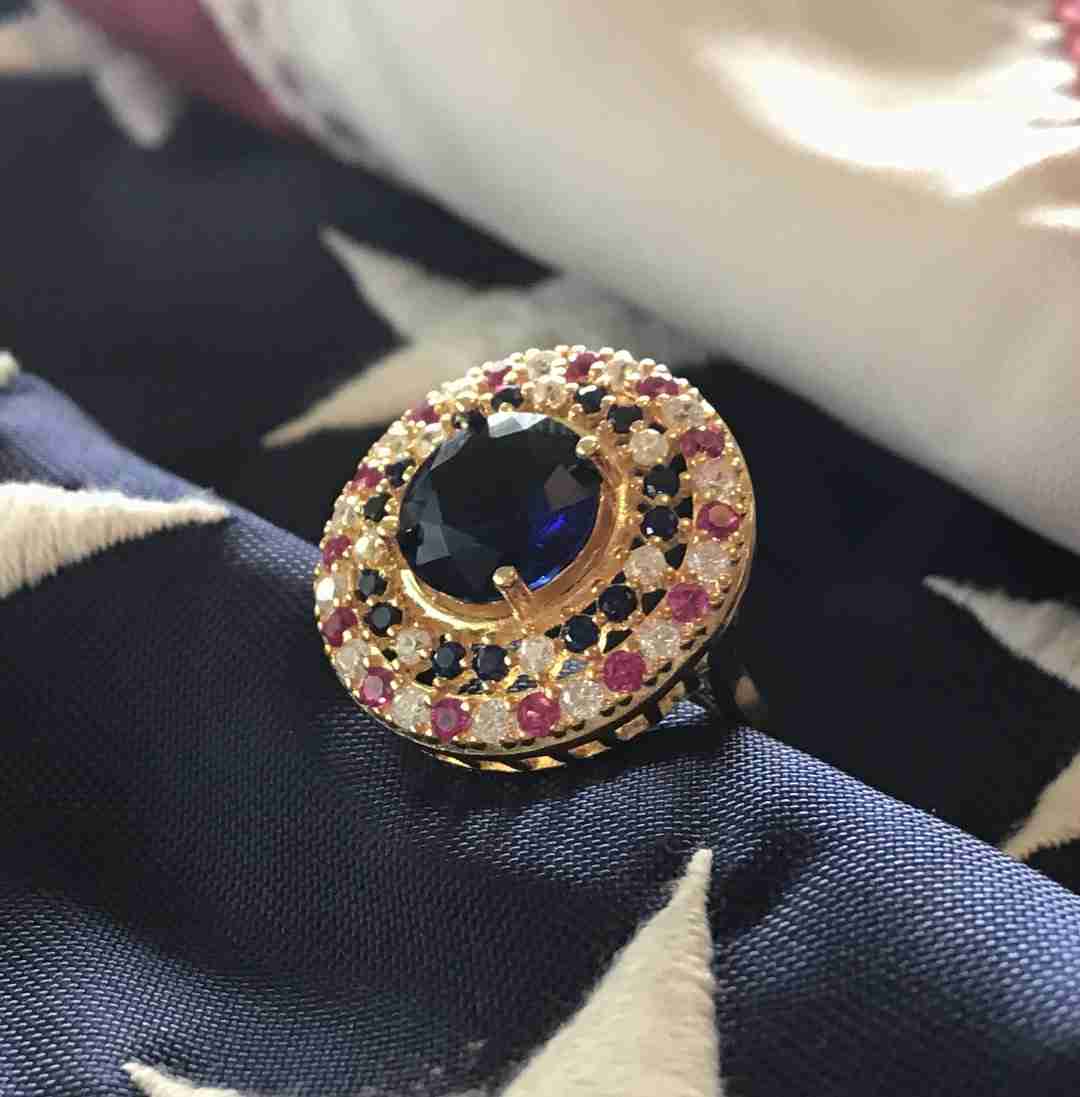 The Story of America

This ring is intended to symbolize what America means to you.  You can carry that meaning with you and wear this ring proudly.

To me, the American flag represents the best ideas humanity has discovered. There are three that rise above all others: Freedom, opportunity, and equality. I would love to hear what the American flag means to you.

I grew up in Miami, and my parents are Cuban, so when I visited Cuba in 2000 with my sister, parents, grandmother and aunt, I expected a nostalgic trip where I would be envious of their past. My family has been Cuban for centuries, but during that trip I did not feel any nostalgia for Cuba. What I felt was how shockingly American I am, and how proud I am to be American. It was as if no one on the island had ever read Animal Farm.

P.S.  Incidentally, my wife Sarah’s grandmother’s name was America, and I wanted to name my daughter America, but my wife wouldn’t let me. America raised 10 kids of her own and adopted 2 more. They all went to college and 3 served in the United States military. She was an amazing woman. 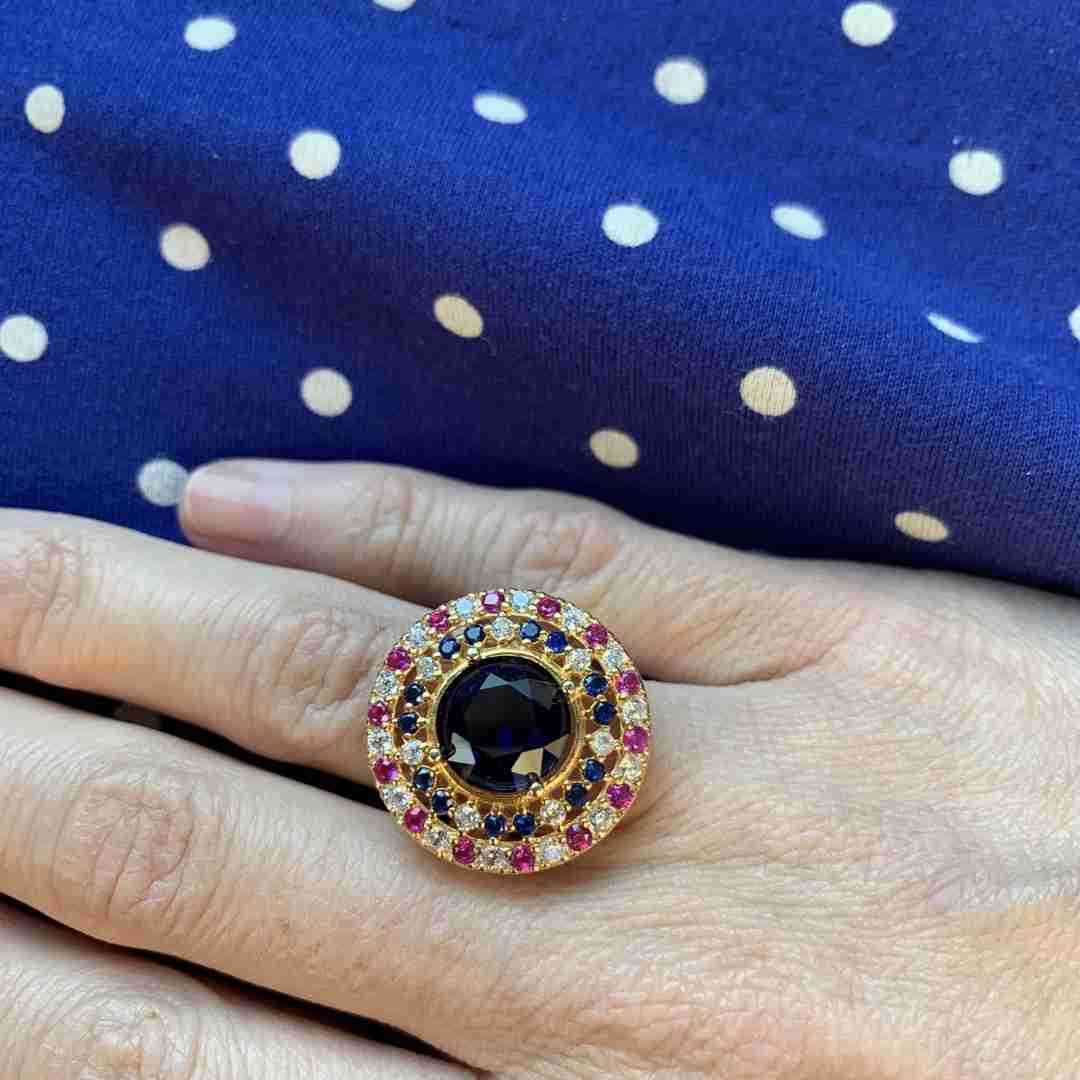 My Favorite Parts of this Ring

This ring amazes me.  On every single woman, it looks hot!  Do you have a pair of shoes that make you feel beautiful?  This is the ring version of those shoes.  If you are having a hard time choosing a ring for yourself, and want one that you know will bring you joy, Shield of Athena is my recommendation, this ring is a sure thing. 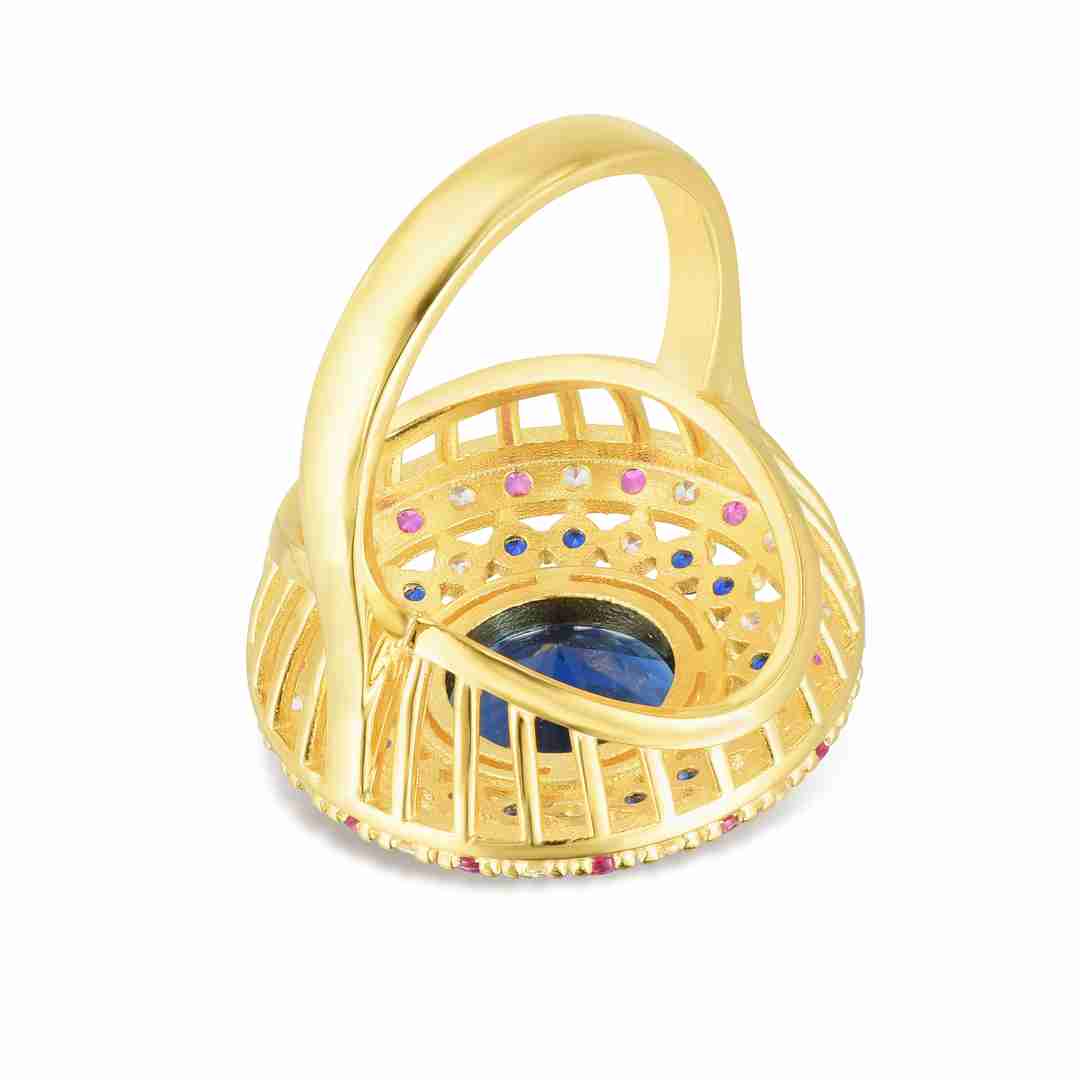 Handmade in my workshop

Each Pharaoun Cocktail Ring is designed by me, Sergio Andrés Mendoza, and produced using the lost-wax casting technique in my workshop out of sterling silver and then covered with 22 karat gold.  The cubic zirconia used are each stone-cut, polished, and set by hand, and represent my favorite natural stones.

Do you believe in value? I do.

A beautiful piece of jewelry that is exquisitely crafted from noble materials has an intrinsic value, and I believe in ours.  The value of a Pharaoun cocktail ring is real and timeless.

If for any reason you would like to return your cocktail ring to me, just ask, and I will purchase it from you for the full original purchase price, no questions asked. 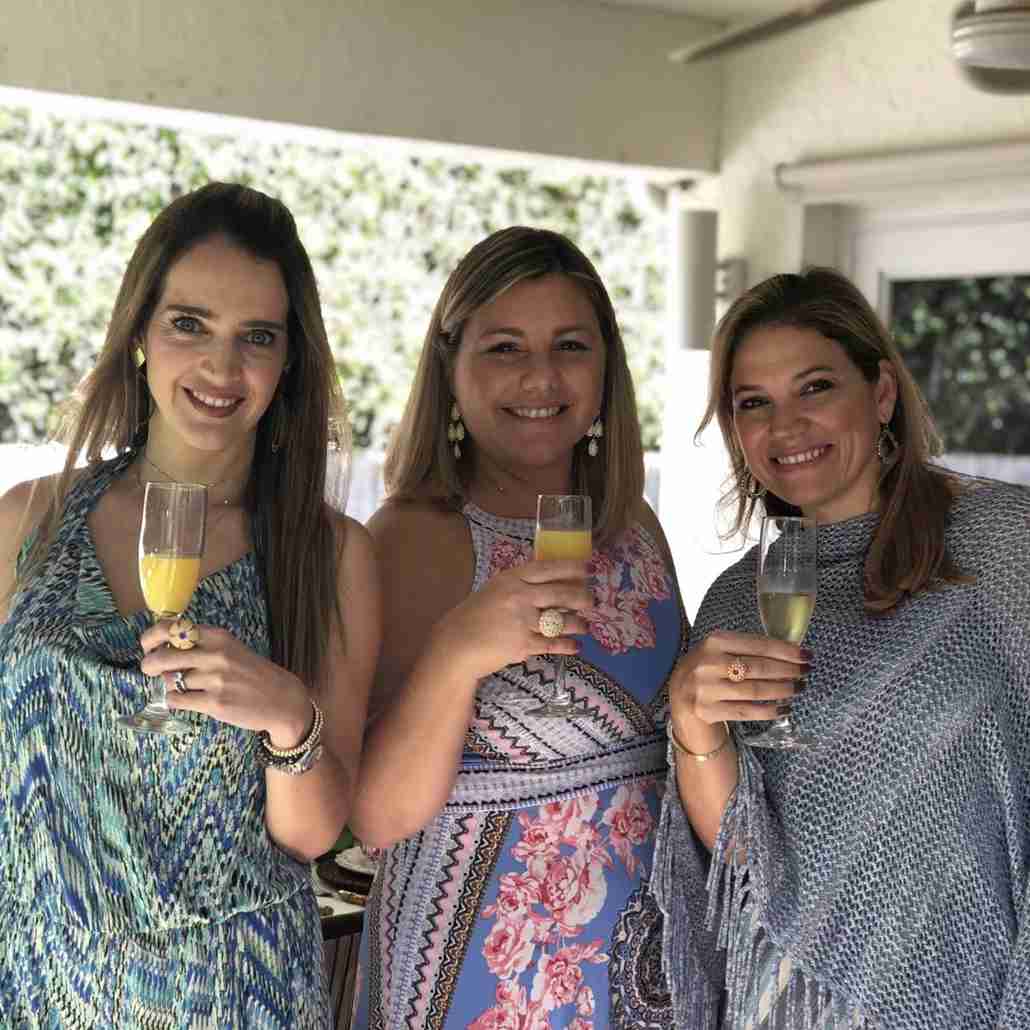 ❤️❤️❤️❤️❤️ "Dear Sergio, Let me tell you a little about 'the ring'. I love wearing it. I love the way it makes me feel and I love the way it looks. Every time I have worn it, people stop in their tracks to compliment me on it. Thank you for sharing your beauty with me." - Rita 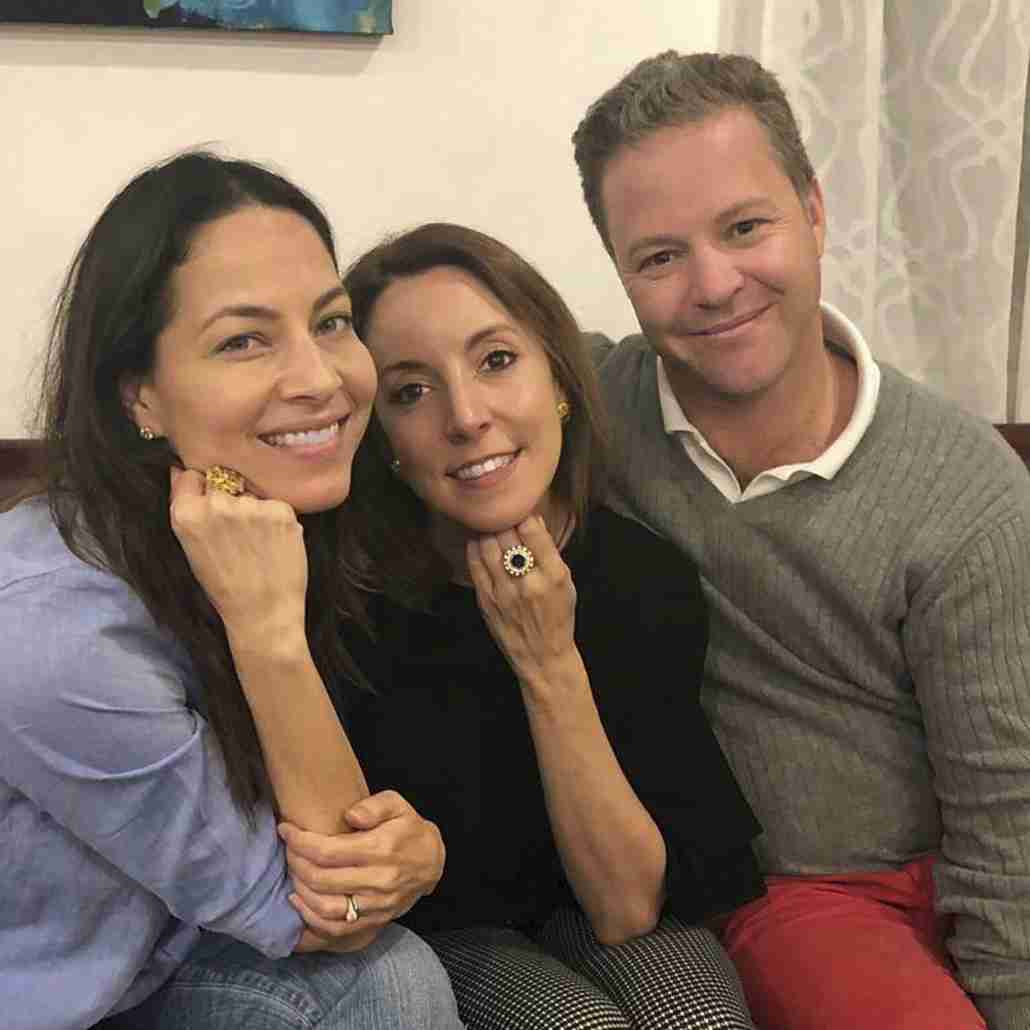 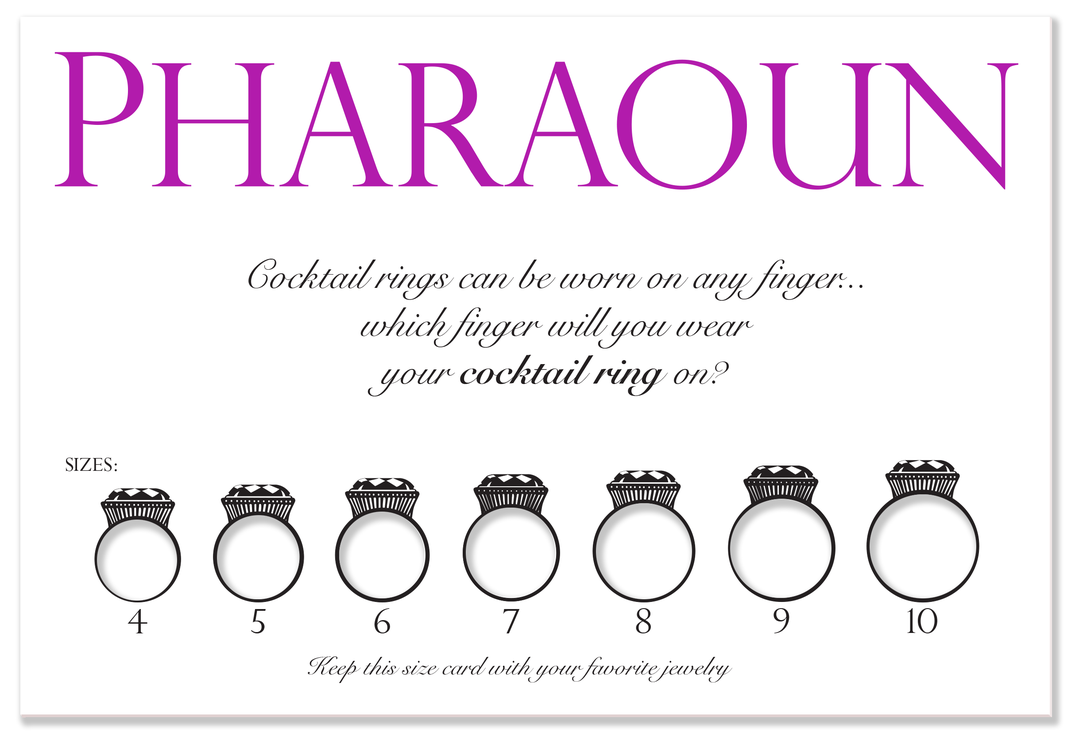 Unsure of your ring size?

Every woman should know her ring size, I'd love to send you my free ring sizer. 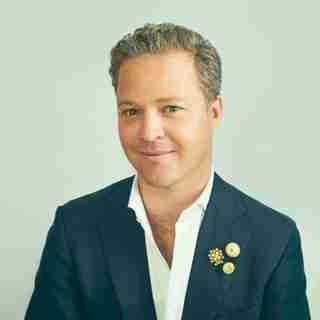 A cocktail ring is the woman's ring.

It represents a relationship with no one other than yourself.